What is The Cause of Headaches and What Can You Do about Them?

May 8, 2013 by Edgar Family Chiropractic in Newsletter

The Origin of Headaches

Whether you feel a pounding in the temples, a dull throb at the back of your head or a shooting pain with noise and bright light; a headache can be a disabling and painful occurrence, especially if it strikes often.

However, many people don't realize that a large proportion of headaches are generated by the neck, upper back and associated muscles (such as the ones in the base of our skull and in our jaw). When we are physically or emotionally stressed (for example, when we maintain poor postures for long periods in front of the computer), the joints and muscles in our upper body tighten and develop increased tension. This, in turn, leads to poor or restricted movement patterns in the upper back and neck region, irritating the nerves – which in turn send pain signals to our brains to let us know there’s a problem.

The most common problem areas are the C2/3 facet joints and sub-occipital muscles, which have been shown to refer pain to the base of the skull and around the forehead into the eyes and temples (see Figure 1).

Figure 1. This diagram is showing a group of muscles at the base of the skull called the suboccipital triangle. When this group of muscles becomes tight due to physical stressors such as poor posture and prolonged sitting at the computer, it causes pressure on the nerve that passes through this triangle and the result is pain in the head (depicted in this diagram with red dots).

“However, many people don't realize that a large proportion of headaches are generated by the neck, upper back and associated muscles (such as the ones in the base of our skull and in our jaw).”

The ideal posture is for your head to be stacked vertically on your neck, but people who are stressed or have poor posture from working on the computer for prolonged periods of time tend to tilt their heads forward. Studies on posture have shown that every degree of forward tilt increases the load placed through your upper neck by roughly 10% - and it’s not uncommon for people who are suffering from headaches to have up to 10 degrees of forward head tilt (see Figure 2). 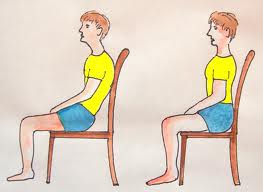 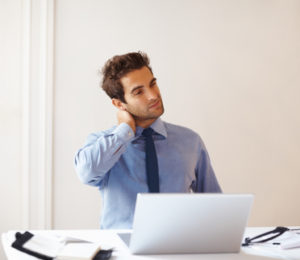 Prolonged sitting at the computer can cause muscle fatigue, tightness and lead to headaches.

Other physical and emotional stressors that can lead to headaches:

Headaches— What You Can Do About Them

To head off headaches from fatigue, make sure you get enough rest. 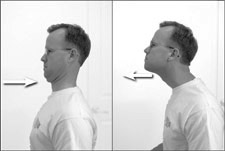 Figure 3. The Chin Tuck- sitting straight with your shoulder blades back tuck your chin in while keeping your eyes at the same level without extending your head backward. This can be done as many times as possible throughout the day to decrease tension in the muscles at the base of the skull.

Figure 4. The shoulder opener- focus on rolling your shoulders backwards and downwards while squeezing your shoulder blades together. Your palms should face outwards as you do this. Hold for 30 seconds.

Being pregnant can be a headache — literally. (Maybe it's just nature's way of preparing you to be the mother of a teenager).

The primary culprit is, as usual, the hormonal changes but other causes of headaches might be pregnancy fatigue, tension in the muscles, increased hunger during pregnancy, physical or emotional stress, overheating or a combination of any or all of these.

A posture of a pregnant woman changes dramatically to accommodate the growing baby and this can have an effect on both the back and neck. There are therapists who are specially trained in pregnancy care.

In addition, check out the below link to a YouTube video of our very own Dr. Cameron Edgar talking about tips for combating headaches!

Give us a Call

Our chiropractic clinic is located in the heart of Downtown Burlington, and we have a team of very experienced and knowledgeable professionals who are very committed to providing the highest quality of care. 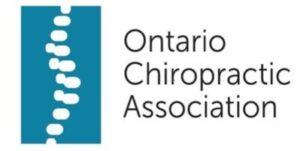